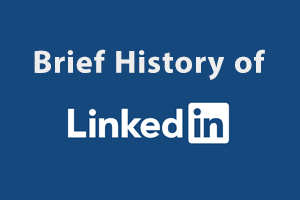 In 2002, Reid met some of his team members which were part of his old dating site SocialNet and a few were from Paypal to have a discussion about the new idea. That idea asked the question – where can business people meet, connect, and engage online in a secure, professional environment? Some six months later in 2003, LinkedIn was launched. There were only 20 sign-ups a day at one point, and growth was slow. In late 2003, after integrating address book functionality growth began to explode. With a powerful 4 million or more users, LinkedIn started to concentrate on revenue and launched its jobs and subscription offerings. By 2006, with almost 5 million members, LinkedIn launched public profiles. Suddenly there were almost 18 million users. In just 4 years the company had become the leading online business network. Later, Reid handed over the reins to CEO Dan Nye and opened a customer service center to improve feedback, services, and company reputation.

In 2008, LinkedIn was recognized as a top business network in the world with a little over 31 million members, there was real weight behind the busy platform. Offices opened in London and new languages were added to the mix.

Jeff Weiner was ushered in as President of LinkedIn, employee numbers inflated to over 1000 people, and 10 offices were established all over the world. By the end of 2011, LinkedIn had an impressive user base of more than 138 million people. Then came the re-engineering and revamping of the site. Between 2012 and 2013 the company shifted its focus and re-designed for usability, community, and simplicity.

LinkedIn now has the power to help career orientated people find their dream jobs. The CV of the future will involve your potential company looking at your LinkedIn page, and evaluating your expertise based on the discussions and intellectual contributions that you have made to the world.

StudySection provides a Windows 10 certification exam to help those with skills in Microsoft Windows 10 operating system. This exam is available for two different levels namely “Foundation” and “Advanced”. This Windows 10 Certification Exam can help you land in a good job position when attached to your resume.