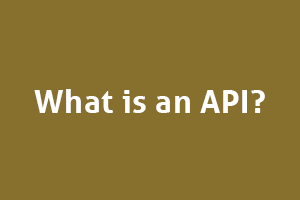 What is an API or Application Programming Interface?

API stands for Application Programming Interface, which describes how one component will interact with the other. It contains a set of routines, protocols, and tools to make the software applications.
Routine: It’s a program that performs a specific task. Routine is also called as procedure, function, or subroutine.
Protocols: It’s a format to transmit data between the two systems.

If we are using a flight service engine, where we search for flights on a particular date. Once we enter the data such as Source, Destination, Onward Date, and Return Date, and click on search. Expedia sends a request to airlines through an API as per the search details. The API then takes the airline’s response to our request and delivers it right back to Expedia.
API receives the request from the user and gives the response without exposing internal logic.

What is API Testing?

API testing involves the testing of APIs directly to check whether the API meets the requirements in terms of functionality, reliability, performance, and security of an application. Our main focus should be on a Business logic layer of the software architecture in API Testing. It can be performed on any software system having multiple APIs.

The API Testing is performed for the system, which contains a collection of API that need to be tested. A test of the following things need to be considered while testing:

There are the following types of API testing

What should be verified in API Testing?

In the API Testing, we send a request to the API with the known data and on the basis of that data we analyze the response for:

There are many tools for API Testing and a few of them are as follows: